Clarence Moriwaki was born to parents in Moses Lake, Washington. While Moriwaki's parents were not placed in an internment camp and while Moriwaki was born well after that dark period of American history, Moriwaki considers himself linked to that awful event. Moriwaki asked his parents and their generation why they did not fight that injustice and speak out about their constitutional rights. He went on to answer the question as being a problem of culture and the "incredible atmosphere" of the time created by the President, and that people simply went along to go along.

After graduating from the University of Washington with a degree in communications, advertising and broadcast journalism, Clarence Moriwaki devoted his career to politics and power. He was a city council member for the city of Tukwila, and also ran unsuccessfully for the Washington State Senate. He then focused his efforts on political relations work; shaping narratives and messages and using the tools of media while organizing efforts to sway public opinion. From his LinkedIn page:


In English, Moriwakl means Forest Edge, and as principal and owner of Forest Edge Communications, Clarence Moriwaki has helped private and public organizations see the forest for the trees, helping tell their stories with effective communications and messaging strategies. Clarence is also the driving force behind the creation of a National Historic Site, the Bainbridge Island Japanese American Exclusion Memorial.

Moriwaki friended next-door neighbor, Richard Rynearson, on social media due to a common interest in Japanese American internment history, invited Rynearson to meet for a drink, and gave him his phone number unsolicited. Rynearson conversed for a couple of months on Moriwaki's Facebook page with Moriwaki "liking" many of Rynearson's comments. In a discussion on Moriwaki's public social media page about the danger of President Trump rounding up American Muslims, Rynearson commented that Congressman Jay Inslee had voted to legalize military indefinite detention of American citizens in America, without charge or trial, and asked Moriwaki to support Senate Bill 5176 that would block President Trump's ability to exercise those powers in Washington State. When Moriwaki ignored Rynearson's question as to why he did not help get the word out about the bill (since it would help address the concern over Trump and American Muslims), Rynearson asked Moriwaki if it was because the bill sought to block the law put into place by both Jay Inslee and President Obama; that law being the NDAA of 2012, which was unsuccessfully challenged in court by Karen Korematsu and others.

In response, Moriwaki deleted Rynearson's comment and said that while SB5176 was sponsored by his friend, Senator Bob Hasegawa, he took down Rynearson's post about the bill because Rynearson had made a "demand."

While Moriwaki claimed to support the bill in a message, and while he posts frequently and pens articles on behalf of the Memorial about Trump being a threat reminiscent of the 1940s, we can find no example of him ever condemning the NDAA of 2012 or supporting SB5176 which would block the legislation passed by his personal friend, and Bainbridge Island neighbor, Jay Inslee, and signed into law by President Obama.

Moriwaki further explained to Rynearson that his social media page was "like a party" he was hosting where Moriwaki could ask a guest to leave if they were making other guests uncomfortable. He then told Rynearson to "start your own party" and, after a few more incidents of deleting comments and related conversation, blocked him on social media. 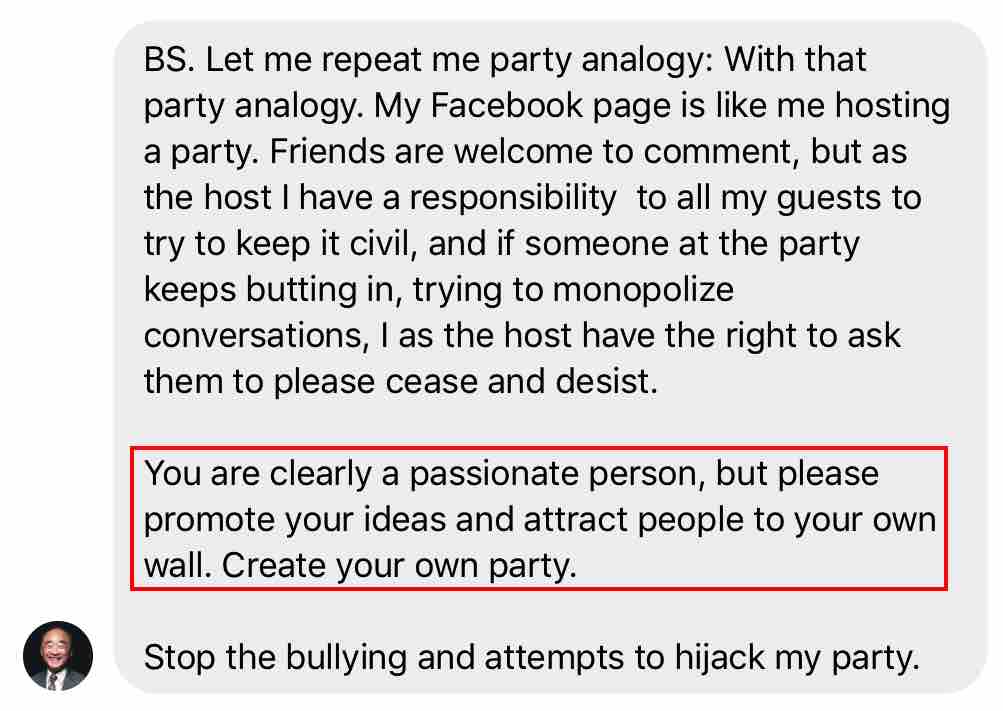 And so the party begins...

Rynearson then started his own party to share his views with the public and made the one and only text/phone contact to Moriwaki at the phone number he had given him, asking him if he'd like to provide comment for his article criticizing Moriwaki's leadership of the Memorial. For the first and only time, Moriwaki told him to leave him alone and Rynearson responded:

“I understand you do not want me to contact you at this number you gave me. If you change your mind about a comment, you know how to reach me. Goodnight."

As the Kitsap County Superior Court later ruled, Rynearson never made any attempt to Contact Moriwaki after that. Still, Moriwaki would cut out this part of the text message conversation in his rendition supplied to the police and to the court and claimed in a media article that Rynearson would not stop contacting him. That false narrative was replicated by other media that Moriwaki had ties to including a segment from Bill Radke. The lies from Moriwaki reached even larger audiences and caused more reputational damage due to an organized effort to defame and silence Rynearson.

Several islanders referred to this effort as a "mob" and others referred to it as a lynch mob. One anonymous response (to the depiction of Moriwaki's organized effort as a lynch mob) did not object to that characterization, rather responding, "Rick...we only need the one rope." Initially, Moriwaki's organized effort consisted of his sizable online reach of digital friends posting on the "Not Clarence Moriwaki of Bainbridge Island" Facebook page, to include an intimidating post from Moriwaki's friend, Senator Christine Rolfes, who credits Moriwaki with starting her political career.

Moriwaki then communicated to Judge Sara McCulloch that Senator Rolfes had "called out" Rynearson on the page. Another comment posted was from Moriwaki's childhood friend, Tim Jones, telling Rynearson to "put a round through the roof of [his] mouth." Others in Moriwaki's organized mob falsely labeled Rynearson a terrorist, a criminal, and dubbed him a threat requiring the court proceeding to be moved to a more secure court and another stated he was a military veteran with weapons ready to do violence who should be guarded against.

Clarence Moriwaki publicly liked the call for Rynearson's death and also liked the suggestion from a different friend that Rynearson might commit suicide. Clarence Moriwaki loved the advice that he lie about Rynearson to his neighbors in the community. But for Moriwaki and his friends, Rynearson's civil non-threatening criticism was the real issue. When his group's effort to get Rynearson to stop criticizing Moriwaki failed, and when their 40+ requests to Facebook were met with Facebook's response that the page did not violate community standards, Moriwaki then went to the police and to the court.

The police were not convinced by his transparently false claim of physical stalking based entirely on a harmless analogy, but he was able to convince his friend, Judge Sara McCulloch, that Rynearson's criticisms amounted to harassment and cyberstalking and that Rynearson's past advocacy for the Second Amendment, his refusal in the military to assassinate an American citizen without charge or trial, and his past activism against law enforcement abuse (all facts Moriwaki learned about Rynearson's past after he filed the court action and which had no bearing on Moriwaki) were giving him "nightmares." 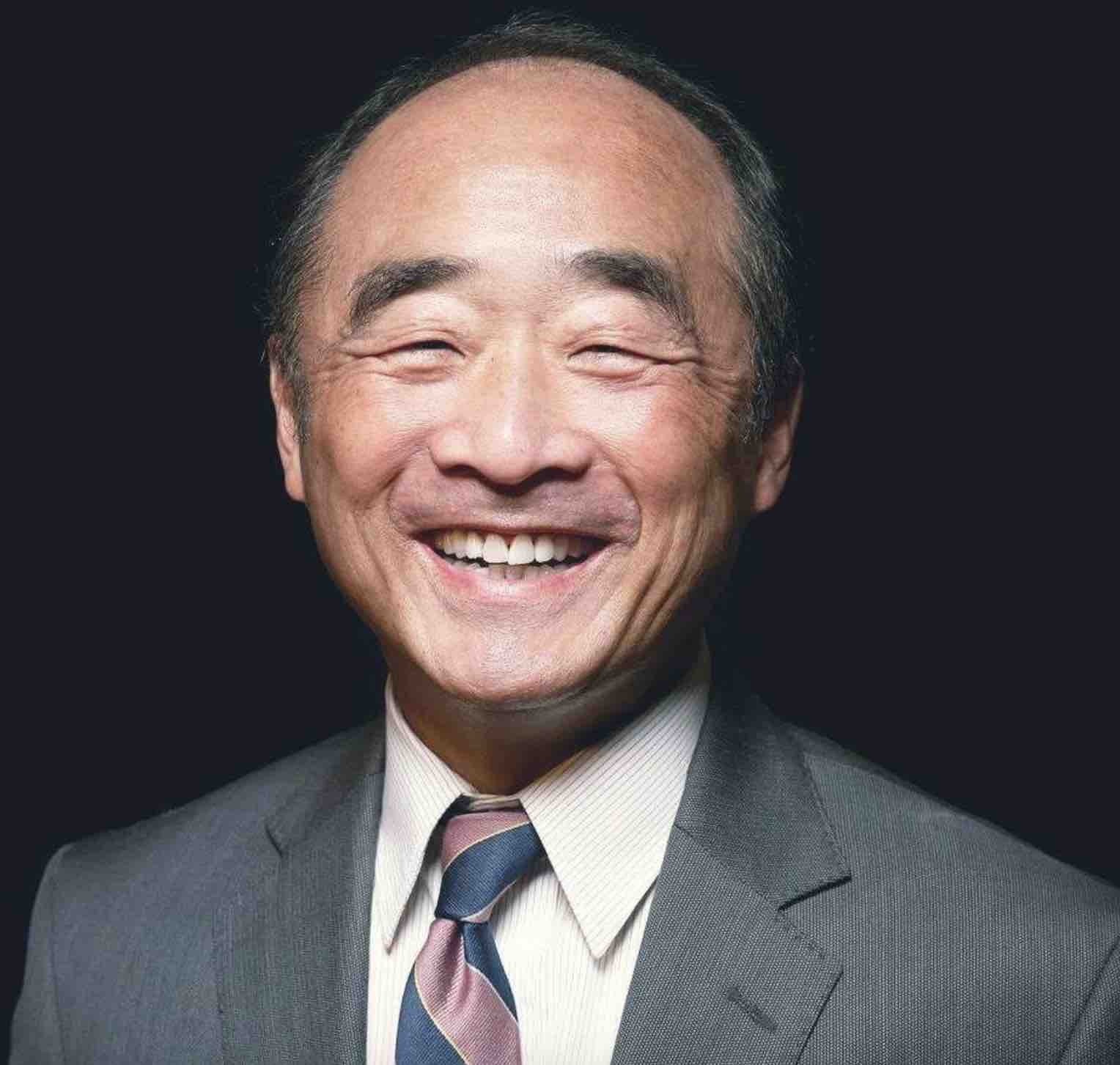 When Moriwaki decided that Rynearson hosting his "own party" should not be allowed despite Facebook repeatedly stating the page did not violate its Community Standards, he increased the effort against Rynearson.

Moriwaki successfully got Judge Sara McCulloch to force Rynearson and his wife to turn in firearms to the Bainbridge Island Police Department, censor Rynearson in social media, exclude him from a portion of his own private property, as well as exclude him from parts of the island and public events including the 75th Commemoration of the Bainbridge Island Japanese American Exclusion Memorial where Rynearson and his wife had previously volunteered to do yard work. Rynearson fled his home on the island the same day he was given the court order and his wife and he moved out of their condo. Moriwaki then spent considerable effort trying to claim violations of the order, and emailed the Bainbridge Island Police Department to request that they "perhaps" arrest Rynearson. Moriwaki had no evidence to support his claim that Rynearson was involved in any way with the new page at issue and that page did not violate the court order even if he was involved.

The unconstitutional order granted by Moriwaki's "personal friend," Judge Sara McCulloch, was eventually overturned as a violation of the Constitution by the Kitsap County Superior Court. Still, despite Rynearson no longer living on the island, Moriwaki's organized media efforts increased as did an organized campaign of death threats and defamation. Attempts to further use government force against Rynearson multiplied and included a police report against Rynearson filed by Judge Sara McCulloch herself, who requested extra police patrols around her home based on third party private messages. The report named Rynearson, without evidence, of being behind an anonymous page (prosecutors refused to prosecute her allegation of harassment). Additionally, after losing in court, Moriwaki filed yet another police report alleging, without evidence, that Rynearson broke into his home, and three other friends of Moriwaki went to the police over anonymous online speech alleged, yet again without evidence, to be from Rynearson.

Once Rynearson defeated Moriwaki on appeal to Kitsap County Superior Court, and Judge Sara McCulloch's order was vacated and ruled a violation of the First Amendment, the mob began using social media to post death threats and other threats of violence to Rynearson. 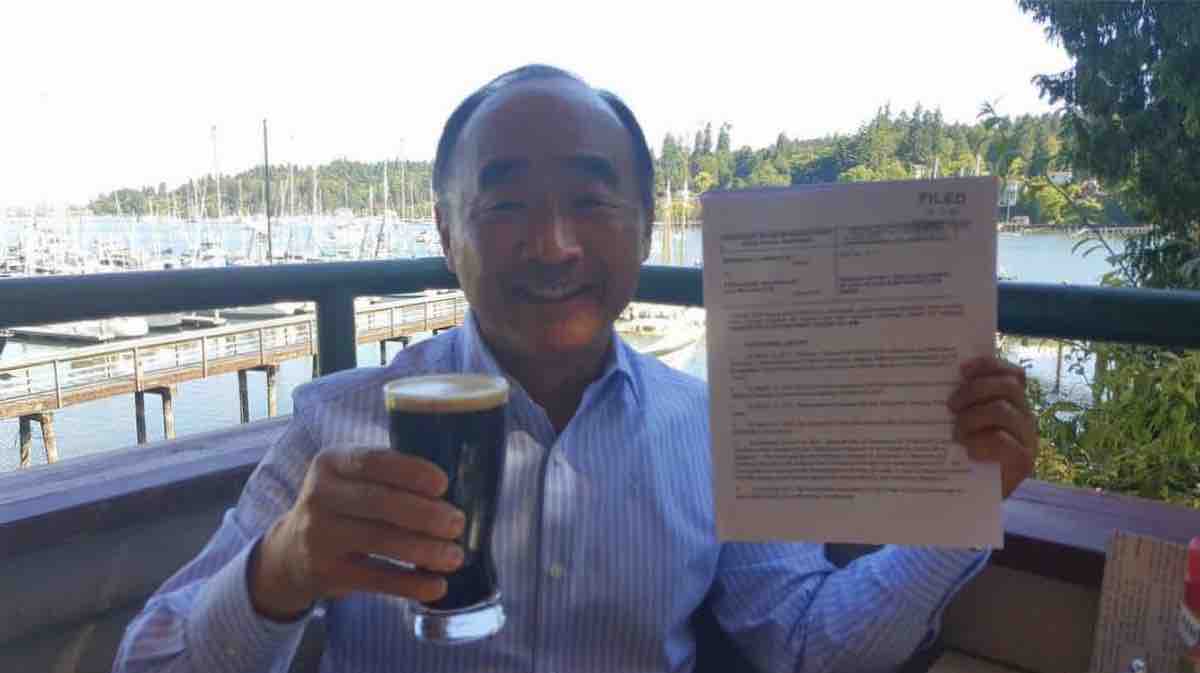 Central to the hit on Rynearson was Clarence Moriwaki, spokesman for the Bainbridge Island Japanese American Exclusion Memorial, who spent great energy to exclude a retired military officer (who risked his career rather than violate the rights of an American citizen through military force) from our Bainbridge Island by utilizing government force, a demonization and fear campaign, and stoking a hateful mob.

Moriwaki did this because that neighbor suggested Clarence Moriwaki might not actually share the values of our hallowed Bainbridge Island Japanese American Exclusion Memorial. A memorial that reminds us of the dangers of caricaturing, fear mongering, and violating the constitutional rights of our neighbors in the manufactured name of safety. A memorial that begs us to "Let It Not Happen Again."


To date, Rynearson and his wife have not felt safe to return to their home on Bainbridge Island due to the manufactured hysteria from Clarence Moriwaki.